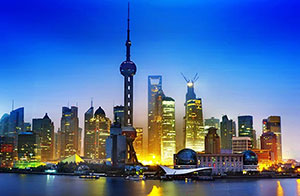 US-bred law firms have kicked off the key post-summer season with a rash of hires, with Morgan Lewis & Bockius hiring a team from Dentons to launch in a key Chinese market as Latham & Watkins recruits yet another Magic Circle partner in Europe.

Dentons’ former Asia managing partner Mitch Dudek, along with partners Todd Liao, Alex Wang, Eddie Hsu and Cindy Pan, are leading team to Morgan Lewis to launch in Shanghai. The partners join with a team of 23 lawyers with experience in corporate, real estate and finance work.

Dudek was the founding partner of Dentons’ mainland China practice and its Shanghai office, launching the office in 2011. He also helped secure Dentons’ combination with Chinese law firm Dacheng in 2015.

The Shanghai launch furthers the top 20 US law firm’s Asian expansion, having opened in Singapore in 2015 and taking a team of lawyers from Bingham McCutchen in 2014 to open in Tokyo. The 1,900-lawyer Morgan Lewis now has 29 offices worldwide, including an outpost in Beijing.

Latham has been on a hiring spree in the UK and Germany, with Seiler’s arrival following fellow A&O finance veteran Stephen Kensell into Latham’s City arm in July. Kensell was formerly head of A&O’s cornerstone banking practice, and ran for the senior partner post at the Magic Circle firm earlier this year. Latham – currently the world’s highest billing law firm – has substantially hiked revenues in recent years in its London arm, up 12% in 2015 to $263m, against firm-wide revenues of $2.65bn.

Rüdiger Malaun, a partner in Latham’s Munich office and global co-chair of the capital markets practice, said: ‘There are strong synergies between our equity capital markets, private equity and high yield practices and Oliver’s arrival is an important step in our plans to build the market-leading transactional practice in Germany and Europe.